In January 2021 the Future of Media Commission sought submissions for interested people to shape the future landscape of media in Ireland and from Irish people aboard. 750 submissions were made which is an outstanding number of connections made.

Myself and John Walsh made a submission which calls for the opening up of spectrum to new uses to breathe some life into the grassroots of radio.

Here is a copy of our submission A new community media model from the ground up.

In conclusion we call for the following action points to be addressed as they are essential to a new grassroots public media model:

The first high power transmitting station in Ireland was officially opened by Taoiseach Eamon de Valera in Moydrum, Athlone in 1933. This radio documentary goes back in time to tell the stories about the history of the transmitter in Athlone, memories of locals when radio was called wireless, to the current days when community members make an effort to preserve the site as our national and technical heritage, a site that is still home to the old Marconi’s equipment.

June 19th NCRD 2020 from Community Radio Ireland was hosted by 92.5 Phoenix FM. It was a four hour broadcast that really captured the vibrancy that is the buzz of Community Radio during Covid19 lock down.

The day’s broadcast was streamed in uncompressed audio to participating CRAOL stations around Ireland for simulcasting. The stream was provided by Broadcast Technical Services.

Two reports were launched on the day highlighting Social Benefit outcomes within Community Radio and the communities they serve.

‘Community Radio – Delivering Social Benefit’, as part of its Community Media Action Plan. The publication of the report marks National Community Radio Day and was commissioned by the BAI, supported by Community Radio Ireland (CRAOL) and undertaken by Nexus Research Cooperative.

The report examines the development and implementation of an evaluation methodology that addresses the statutory requirement for community media to deliver a social benefit to the community it serves. It is an abridged version of two reports: ‘Assessing the Benefit of Community Radio, A Toolkit for Community Radio’; and, ‘Introducing a Social Benefit Approach to Community Radio – A Compendium of Stories’, both published by the BAI and CRAOL.

A poem was commissioned for the NCRD 2020. Written by Frank Phelan ‘The Story of We’ is a sharp take on the value that community media is to every community that fosters the medium.

On Thursday 27th February I gave a talk to Raidio Na Life on radio numbers and the youth audience.

It reminded me of a paper I wrote in 2017 on THE AUDIO LISTENING HABITS OF GENERATION Y&Z.

Radio has adapted from long wave to short wave to medium wave to FM in the 80s. Radio has moved with the technology advances when available, but now radio is blocked from the device by the makers of the device. Radio’s way back into to the smartphone is via streaming, but now the competition isn’t the 20 local market stations on the regulated radio band but tens of thousands of stations from all over the world, podcasts and streaming music services.

Audience changes its relationship with radio when the equipment changes.

The research was a focus group of 5 people in the ages covering generation Y&Z. It throws up some interesting ideas on media consumption of the youth of today.

I don’t share enough here on the blog. Social media (micro blogs) get most of my quick thoughts (quips). Today I share the InRadio podcast and in particular this episode.

With the microphones reversed, the regular presenter of the podcast is interviewed on radio about radio. We hear what got Dom Chambers started in radio and his path to Community Radio.

Also the core message which I decode as, radio is more important than radio. That people who love radio have an opportunity to use the platform to make this world a better place. And if you are thinking of starting right about now the timing could not have been better.

Radio is much easier to make that video. The radio industry is going through changes that is leaving an empty pitch for a whole new football match. Commercial local radio is becoming national radio with big brands. Community Radio is growing fast. Also community radio can scale to fill these gaps local radio left because community radio has a funding model that is non commercial.

Have a listen to my podcast of the week, no month. InRadio with Dom Chambers.

closes July 31st 2019 from the folks at OnAirCoach

UPˢᵗʳᵉᵃᵐ is now available for radio stations looking for an automatic uploader of programmes to the cloud.

If you would like to find out more details about UPˢᵗʳᵉᵃᵐ fill in the form below.

The service costs €1 per day. Think of it as an extra pair of hands or an intern that costs little to nothing (without the exploitation!!!!). 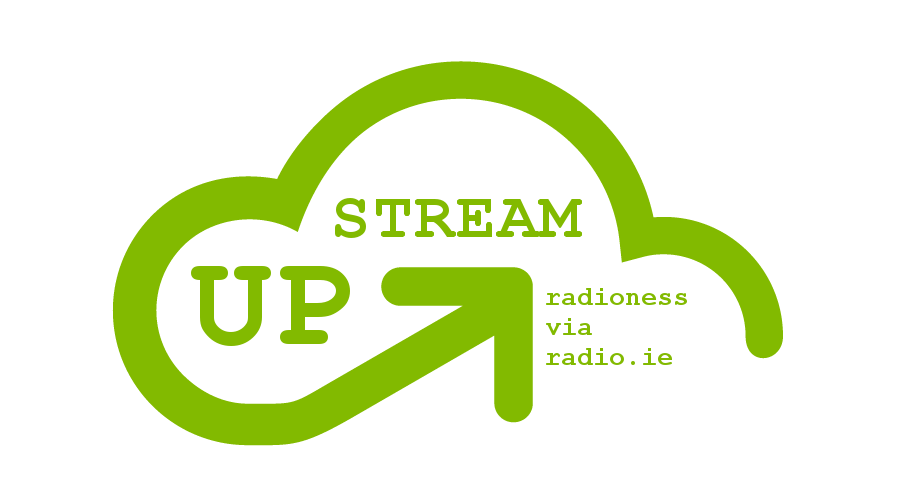 Everything has changed for listeners. But that doesn’t mean that personality radio should be dead. Delivery has changed so much, that radio need not be mostly about the music. Music can now be delivered better in other ways. So that leaves the bits in between music, around the music, without the music. The mediated music parts. It is “Media” after all and self curated is not mediated. So radio has space to reinvent. This does not mean bringing it back as it was in the past (but aspects can be reused, I doesn’t need to be confined to anywhere just because it is old). Reinvent Radio. New Radio. Different Radio. Better Radio. Improved Radio. Compelling Radio. When it is compelling it will be listened to.