I grew up listening to Bill Mitchell’s voice overs and jingles – wow – what a voice. A BBC documentary ‘Bill Mitchell: The Man Who Wrestled Pumas… Probably’ is due for rebroadcast on BBC Radio 4 Extra July 18th 06:30am. If you listened to radio in the 70s and 80s you can’t have missed this voice on European radio from Ireland to Israel. The best VO voice you’ll ever hear. Probably.

Here is a copy of the broadcast from when it first aired.

Miriam Margolyes presents a documentary charting the life and career of her late colleague and friend Bill Mitchell, the voice-over artist who informed us the latest blockbusters would be ‘at cinemas near you from Sunday’, told us ‘Carlsberg was probably the best lager in the world’, and that Denim was ‘for men who didn’t have to try too hard’.

Born in Canada, he admitted that heavy drinking and smoking from his teens helped preserve the voice, and indeed drove his excessive lifestyle. He ‘had to’ abuse his body to maintain the voice and he ‘had to’ be in a Soho pub because it was handy for the recording studios.

Bill’s career spanned acting, voice-over work, plus a brief spell as 1970s pop outfit Yin and Yan with friend Chris Sandford. His remains ranked as one of the greats within the advertising industry. 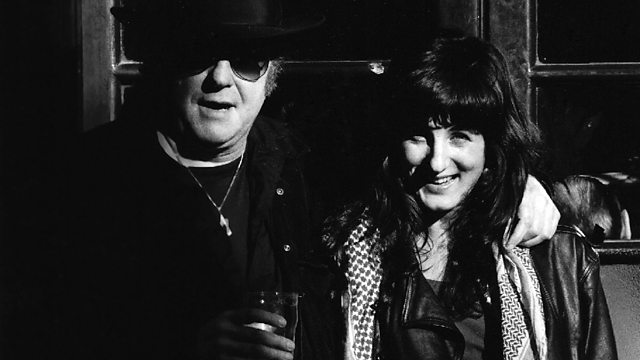