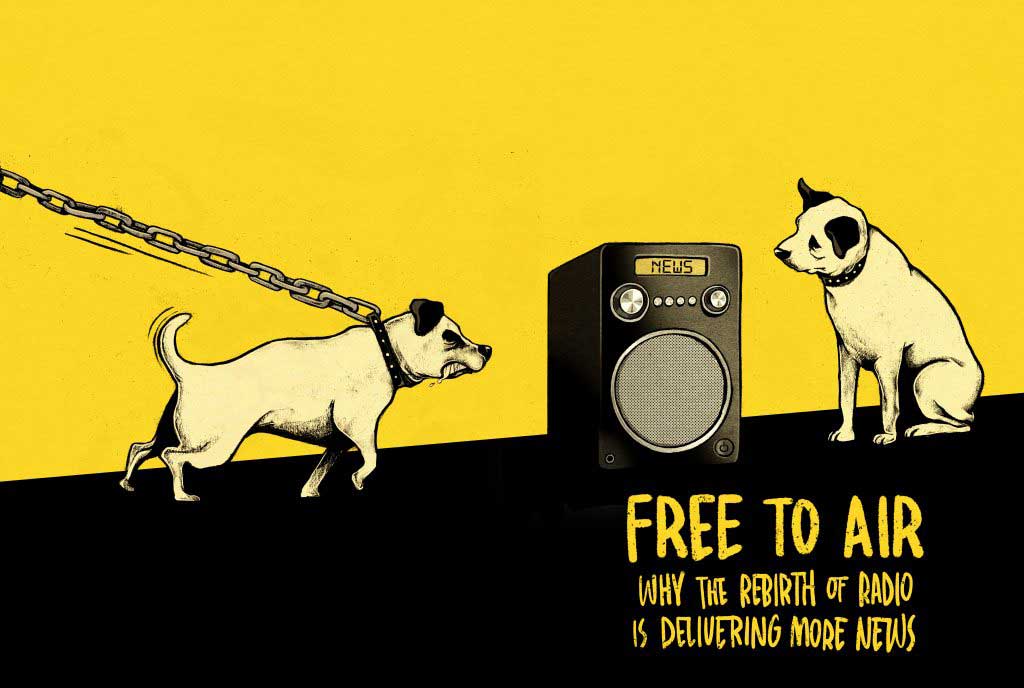 It is easy to see that radio is a resilient medium. It battled cinema and television and VCRs and internet streams and it still keeps going and keeps getting stronger. Not the tall head but the long tail of radio. Tall heads are playing classic hits and becoming more removed by the decades they aspire to. But the long tail of radio, under the radar, small audiences, medium audiences is bubbling and crackling with life. While they are bubbling and crackling they are still smaller than the tail head high tower radio groups but their business model has them streets ahead in the ROI game. Station versus station tall heads are bigger than the long tails, but the combined size of the long tail is now creeping up on the big old stations,(I do not have a source yet for this claim other than my own close observations of the growth on small scale radio projects in Europe & USA). This autumn’s edition of Index on Censorship magazine has a focus on radio being back, I would query was it ever away? It’s just the definition of who is radio and what is radio that is being reinterpreted. Have a read of it yourself.

special edition podcast from Index on Censorship about radio.

The retro medium of radio is back, as we explore in the autumn issue of Index on Censorship magazine 2017, which is excellent news for the delivery of well, news.

“The new rise of radio allows more opportunities to discuss and debate than ever before, but we must also fight for radio stations to be unbound from state control and to be able to broadcast news freely,” Index on Censorship magazine Editor Rachael Jolley writes in the new issue.

Listen to a radio show, and you might be provoked, informed or excited about a new subject. But in listening you are doing something that is a little out of fashion, contemplating what others are saying, not tweeting some angry instant response, or even just posting the first thought that comes into your head.

After many predictions of its death, radio is on the rise again, its audience is growing across various age groups and various countries including the US and UK, and part of the reason might be because we are all a bit tired of transmitting constantly. Instead we appear to be happier to settle down and listen to radio and, particularly its news programmes, once again, argued Jolley.

We report that in the summer of 2017, around 48.2 million people in Britain listened to the radio at least once a week, up 0.9% from 2016. And in 2017 across the Atlantic, the USA is seeing a surge in listeners for news and talk radio. Of particular interest is the steady growth in those who listen to the radio for news in the 18 – 35 age group. “Radio was thought to be going out of fashion as new technologies elbowed it out of the way, but instead it’s back and gathering new audiences. Part of the reason might be growing awareness that someone’s ramblings are not necessarily a reliable source of information.”

Our special report on radio and its impact in 2017 includes a report from Laura Silvia Battaglia in Mosul on the radio station that is giving a voice to the residents of the city, while Claire Kopsky interviews people behind “radio boats”, which are broadcasting information on cholera in the Central African Republic in a bid to educate the population about the disease. We report on how Somali radio journalists receive threats from Al-Shabab for doing their jobs. “I check underneath my wheels, but normally they put bombs under the seat in your car,” says radio reporter Marwan Mayow Hussein.

Then there are the stories of radio proving a perfect outlet for people to share their most private inner thoughts and experiences, as radio star Wana Udobang writes about from a Nigerian context and best-selling author Xinran remembers back in China.

“Part of the increased popularity of radio is that it’s managed to evolve and we explore how podcasts are being made in some of the least likely – and most censored – places, such as China, and smuggled into North Korea.” The magazine also have a handy guide on making your own podcasts, for those with an idea.

But radio’s ability to reach the masses also means that this powerful tool can get into the wrong hands. Then there’s Rwanda, which two decades ago saw the airwaves being monopolised by voices promoting genocide. The country has moved on a lot, but radio there is still far from free. Veteran reporter Graham Holliday who has covered the country reports on the latest challenges.

Outside the special report on radio, the magazine publishes a special investigation into the dangers faced by journalists in Mexico, by our special correspondent Duncan Tucker, who looks at how many reporters have been murdered since 2000, as 2017 looks to record the most killings for a decade.

For a single copy subscription to receive this issue
https://www.indexoncensorship.org/subscribe/
Source
Via DX Listening Digest 17-42
Via Medium Wave News 63/05, 6 October 2017
via DXLD 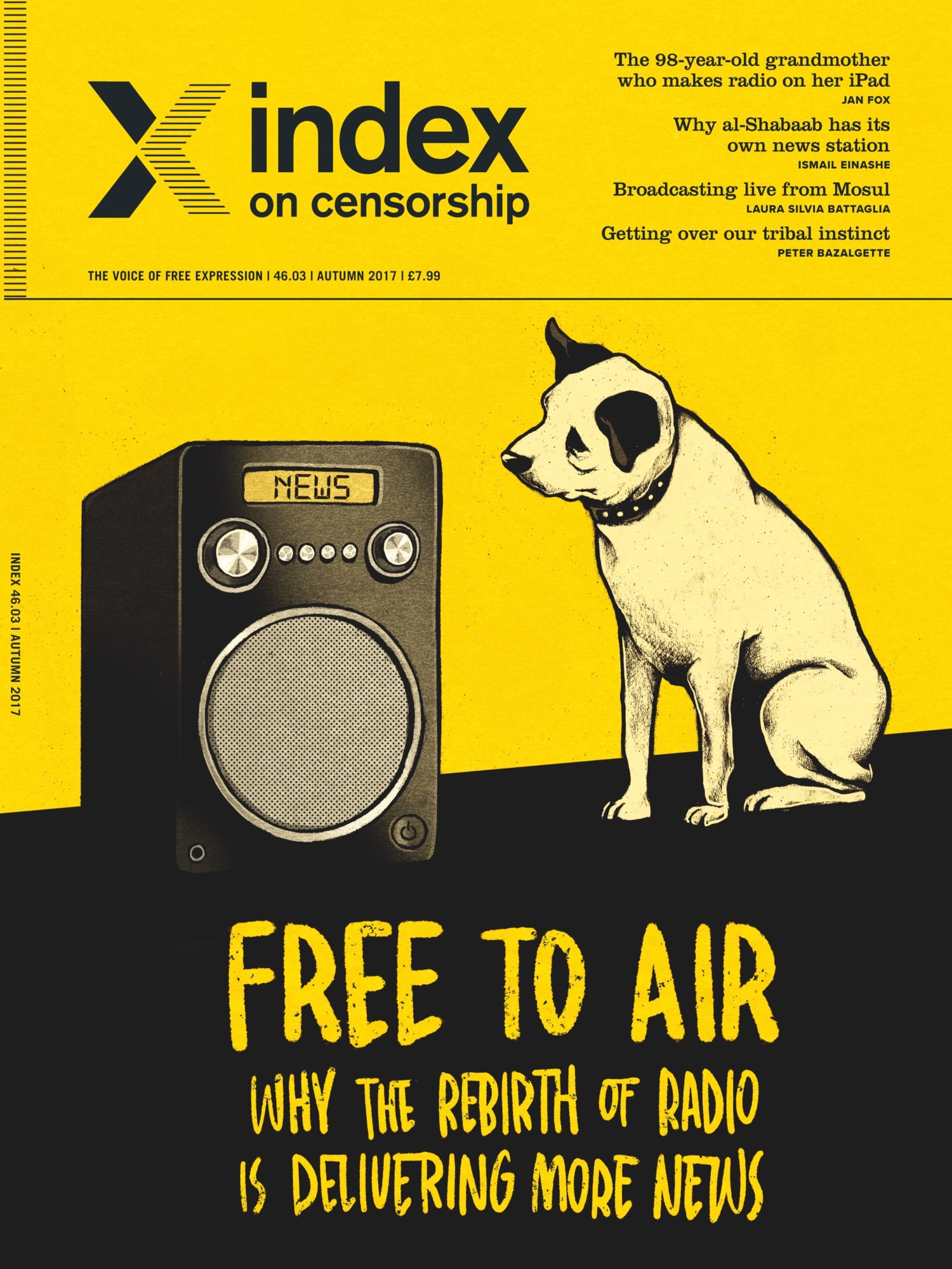